Menu
Just recently, wandering through the streets of the night city, my attention was attracted by a girl whose open parts of the body were covered with a large number of tattoos. My imagination drew a picture, and in my head, an image of a naked stranger appeared, which was attended by small and large tattoos, colorful and plain, symbolic and incomprehensible.

The thought never left me: is a tattoo for girls - is it beautiful? Or female tattoos are not the best way for self-expression, but rather the disfiguring of femininity, natural beauty, perfection, which is presented to a woman from above.


In pursuit of self-expression, the young and seductive choose a tattoo for girls to their liking, self-affirming, perfecting themselves, and sometimes simply creating a mysterious talisman for themselves that cannot be lost in fact never in my life. 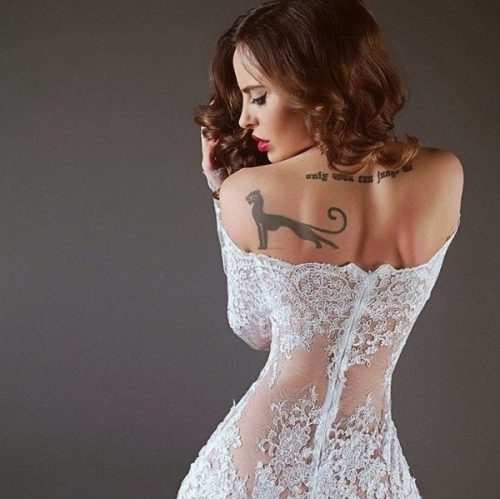